The Red Bull Illume is THE photo competition for extreme sports photographers. Launched in 2007, it takes place every 3 years and is divided into different categories in which photographers can submit their most original photos. The categories evolve over the editions but the observation remains the same, the selected images are breathtaking and among the most original in the industry. The selection system is based on the opinion of influential people in specialized sports publications. The competition saw the crowning of immense talents such as Fred Mortagne, Chris Burkard and even Lorenz Holder who helped create the reputation which this competition currently enjoys.

The Red Bull Illume was therefore back in 2019 with new categories, namely a video category, a RAW category and an Instagram category, in addition to the classics Energy, MasterPiece, Wings, Emerging, Creative, Innovation, Lifestyle and Playground. In the end, nearly 60,000 images were received by the organizers over 3 months. The awards ceremony was organized in Italy at the Lumen Museum of Mountain Photography at the end of November.

For my part, I had decided to send about fifty images divided into the different categories, even if with such a prize list it’s hard to believe anything. However, I had the immense surprise to receive in my emails a request for information and the original file of a photo that I had submitted in the Energy category. Shortly after, I had the honor to learn that I had been selected among the 25 semi-finalist images and that I therefore integrated the edited photo book to bring together all of the 225 best images. A real shock and a real satisfaction to see his work being highlighted in this way alongside so many photographers that I admire.

Regarding the selected image, it is a photo taken in Belharra in the winter of 2018. It was a rather special day with a strong southerly wind, not the best conditions for this wave. For the first time, I was riding behind a jetski, which allowed me to have another vision of the wave, and I had in mind to take the opportunity to get off the beaten track on this very famous spot. A few surfers were paddling and were picked up by a shifting wave. I just had time to point my optics at the immense green gun which jumped from the foam to contrast in the heavy sky. An atypical photo but which illustrates well the underside of big surf. For the full story and details, all the info is on their site. 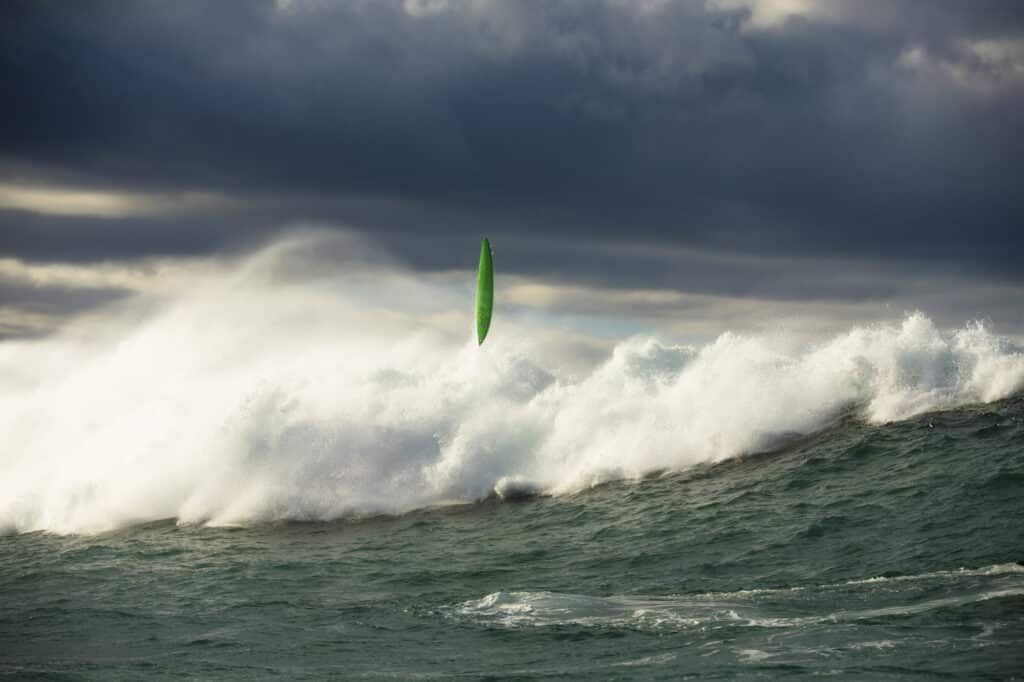